The Hawker Tempest was derived from the Hawker Typhoon. The new design was tested with various engines and eventually the Mk V was the first to enter service making its operational debut in January 1944 with the ADGB. The Tempest participated actively to the V-1 hunt during the summer of 1944, then the Tempest was sent to the Continent to join the 2TAF.
During the war eight fighter squadrons became operational on Tempest including 486 (NZ) Squadron, the first to convert but also the only non-British unit to fly it. The book covers the operational usage of this squadron. Close to 50 photos illustrate the book alongside eight colour profiles and one colour plate. 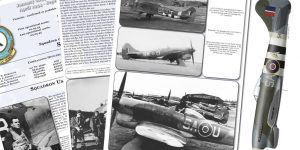