The Gloster Meteor was the first British jet fighter and the Allies’ only operational jet aircraft during the Second World War. For the Meteor, the main issue was to find the right engines and the development of these took more time than initially planned and proved more complicated than originally thought but eventually the first Meteor F.Is were ready to enter service in the summer 1944. Their first action took place soon after in the hunt of the V-1 launched against England. Then the Meteor was deployed on the Continent in its F.III variant where it participated to the last stages of WW2 with the 2 TAF. This study covers the wartime era and stopps in September 1945. This book is illustred with 30 photos (5 in colours) and five colour profiles. 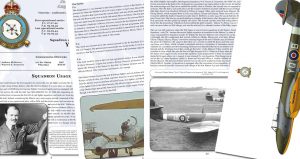