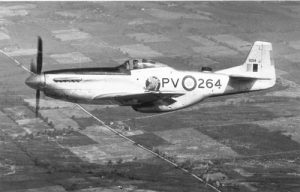 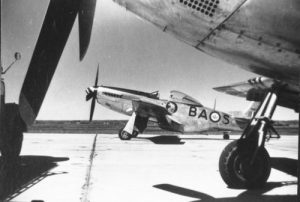 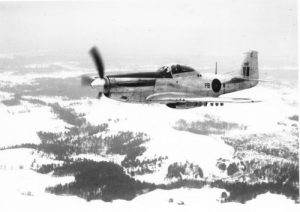 Photo RCAF Mustang 03: NA P-51D Mustang 9565 (formely 44-74829), coded FB-N of the CEPE (Central Experimental and Proving Establishement). This photo was taken at the end of the forties, with the first RCAF roundel, with the Maple Leaf but without the white circle. 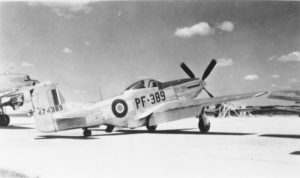 Photo RCAF Mustang 04:  NA P-51D Mustang of No. 443 Squadron was based at Vancouver, British Columbia. The Mustang is still wearing the RAF roundels style and the USAAF serial on the tail. This Mustang became 9580 in the RCAF. 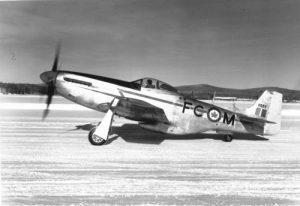 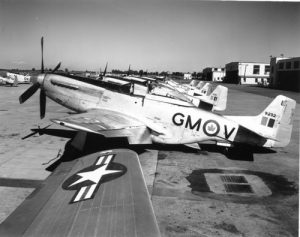 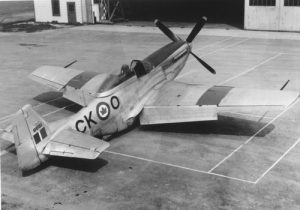 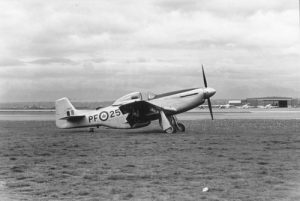 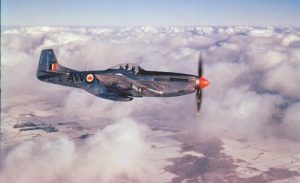 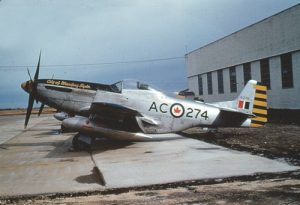 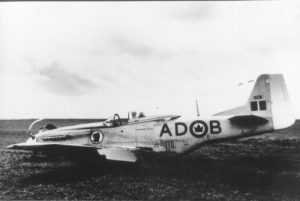 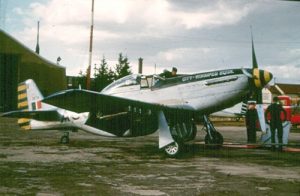 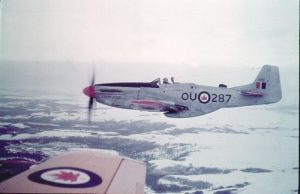 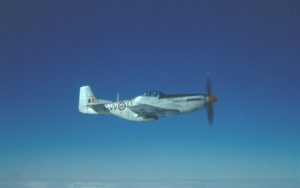 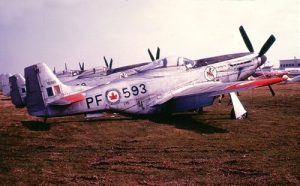 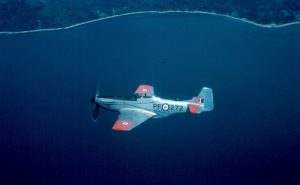 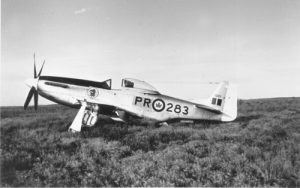 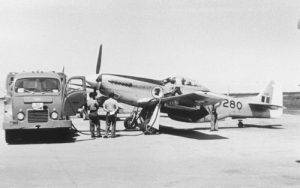 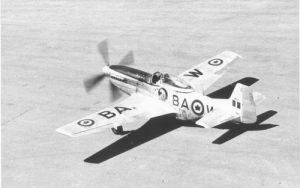 Photo RCAF Mustang 19: A NA P-51D Mustang of No. 424 Squadron, showing the codes painted on the wing uppersurfaces.