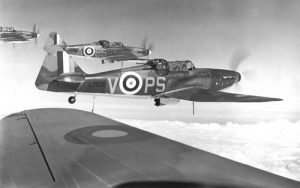 Photo Defiant 01: Squadron Leader Hunter in PS-A leading a patrol for the camera during July 1940. At that time, the RAF was still confident in the capabilities of the Defiant and propaganda photos were still issued to the Press. 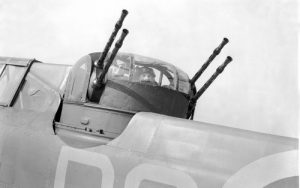 Photo Defiant 02: The Boulton Paul Type A Mk.IID turret with its gunner ready to fire but the concept of a turret fighter was not an efficient one for a fighter aircraft. However at short range, this turret was very efficient. 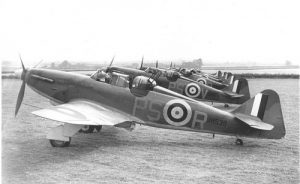 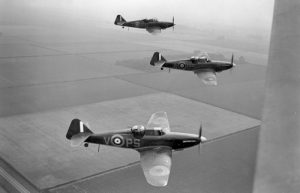 Photo Defiant 04: Led by the CO, Squadron Leader Philip Hunter, three Defiants climb out on a patrol during the Battle of Britain which saw the final days of the turret fighterconcept as a day fighter. 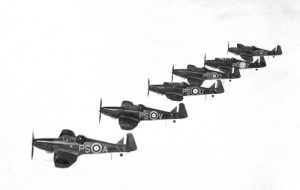 Photo Defiant 05: Led by No. 264 Squadron’s CO, the charismatic Squadron Leader Philip Hunter, two sections patrol over England during the Battle of Britain. 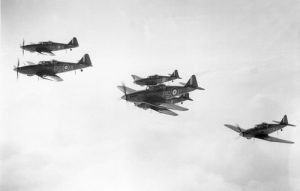 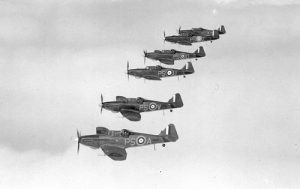 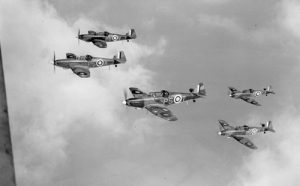 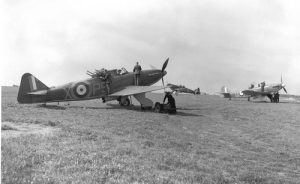 Photo Defiant 09: Defiant L7005/PS-X is being prepared for another patrol in August 1940. In the background is L7026/PS-V whilst on the right L7013/PS-U is also receiving attention from the mechanics. 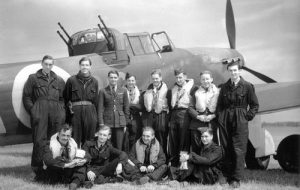 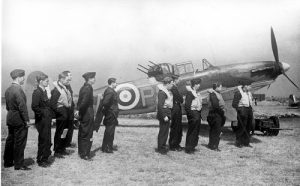 Photo Defiant 11: Another scene from photo 10. 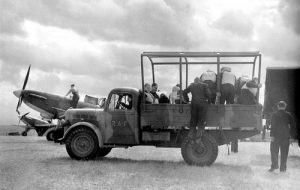 Photo Defiant 12: No. 264 Squadron’s crews arriving at the dispersal before leaving for another patrol over the Dunkirk-Calais area at a time that the Defiant’s use was being much publicised. 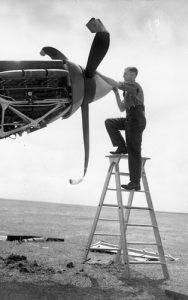 Photo Defiant 13: A mechanic taking care of the propeller of a Defiant after a belly-landing. 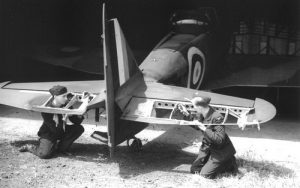 Photo Defiant 14: Despite some early successes, fighting against the Luftwaffe was a dangerous game for the Defiant. L6957/PS-T was bounced by Bf109s on 29 May 1940 and Pilot Officer D.H.S. Kay was lucky to get back to base. However, the gunner, LAC E.J. Jones, a Canadian had baled out and was posted missing; his body was later found on a French beach. Note the damage that was probably caused by a 20mm cannon shell, a deadly and efficient weapon in 1940. 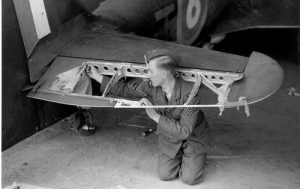 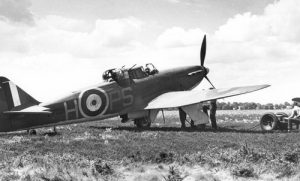 Photo Defiant 16 & 17 below: Two photos of 264’s Defiant ready for action, during the summer of 1940. Above, PS-L is something of a mystery. It appears to be L6996 (the last two digits of the serial being 96) that was apparently lost on 24 August 1940, however there is no trace of this loss that day (see tables). The aircraft flew on the second patrol of that day with N1535 and L6985, but its crew took another aircraft for the following patrol, L7021 in which that crew (Pilot Officer David Whitley/Sergeant Robert Turner) claimed an enemy aircraft destroyed. Even if it is not recorded correctly in the ORB, it is possible that the aircraft was badly damaged returning from patrol and struck off charge as L6996 disappeared from the Squadron’s inventory after that date. Below Defiant L7021/PS-H which is also seen in the backgroud on the above photo. 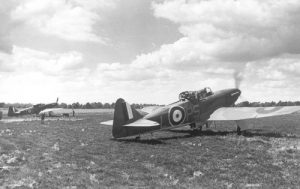 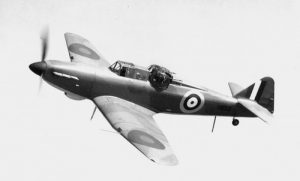 Photo Defiant 18: Defiant N1650 seen during a test flight was delivered to the RAF on 5 August 1940 but was not issued to a squadron until November 1940 and thus did not take part to the Battle of Britain. 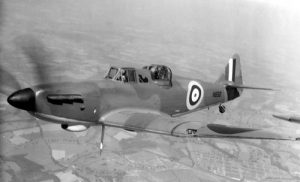 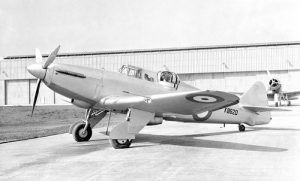 Photo Defiant 20: The second prototype K8620 was issued to No.5 OTU for training duties as it was built to production standard, though its career was short as it was lost in a flying accident on 13 July 1940. 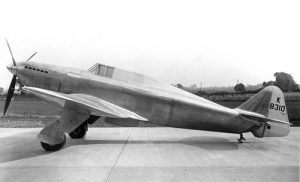 Photo Defiant 21: The first Defiant prototype K8310 seen without its turret was an elegant design, that was outwardly similar to the Hurricane at first sight. 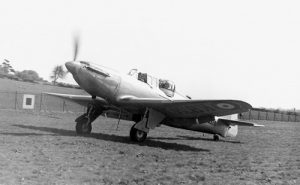 Photo Defiant 22: K8310 the first prototype taxies with a fully equipped turret. The Defiant was designed to replace the biplane Hawker Demon but as the Defiant was not ready in sufficient numbers the Demon squadrons were re-equipped with other types. By May 1940 when the Germans launched their offensive, although 650 Defiants were on order, only one squadron was operational. 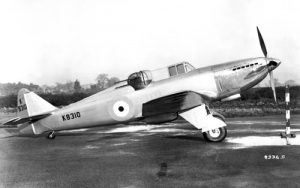 Photo Defiant 23:  Side view of the first prototype Defiant turret fighter. Though Britain was the only country to develop this genre of fighters that was in the event a flawed concept. 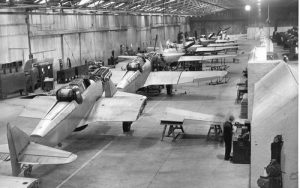 Photo Defiant 24: The Defiant on the production line at Wolverhampton. Though Boulton Paul took time in reaching the promised delivery of 50 Defiants a month. 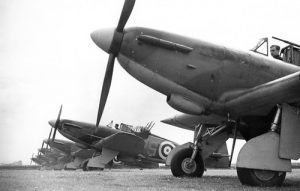 Photo Defiant 25: No. 264 Squadron Defiants line up for a press at Kirton-in-Lindsay. 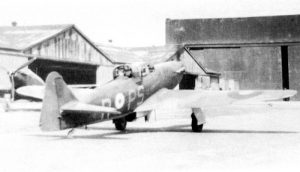 Photo Defiant 26:  Defiant L6969 PS-R seen in the early weeks of 1940 in the early camouflage. It later became Flight Lieutenant George Skelton’s mount and was lost on 13 May over the Netherlands. 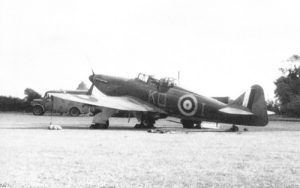 Photo Defiant 27:  Only one Defiant served with No. 2 Squadron, an Army Co-operation Squadron. After several weeks of trials, it was decided that the Defiant was not suitable to replace the vulnerable Lysander. 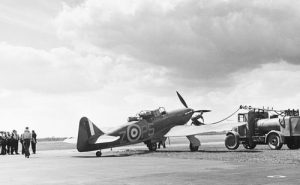 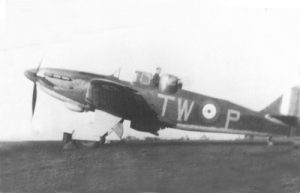 Photo Defiant 29: Photographs of the early days of 141 Sqn are rare. Here an unidentified Defiant, coded TW-P, is seen during the early stages of the Battle of Britain.