Turret equipped fighters became operational with the Royal Air Force during WW2 as the result of the British Government’s ongoing concern about German aerial attacks on the United Kingdom during World War One. The possibility of enemy bombers, and not just German ones, once again flying over the country and dropping their deadly load on British soil had troubled them ever since. In the 1930s a fighter fitted with a gun turret was considered to be an effective way of attacking bombers and would be a feasible alternative to conventional fighters. The result of this concept was the Defiant, which was developed to meet this operational requirement. After a promising start during the dark days of the Battle of France the Defiant was withdrawn from day operations, after having sustained heavy losses, during the Battle of Britain, the switched to the night fighter role until the spring of 1942. This publication of 80 pages is illustrated with 80 photographs and four colour profiles and included all the confirmed and probable claims made by Defiant crews between 1940 and 1942. All losses of Defiants used as fighters are also listed, squadron by squadron. 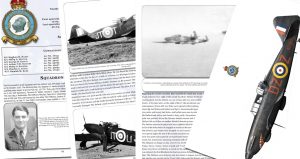