More details about this aircraft can be found in the publication USN Aircraft 1922-1962 Volume 1 for the paperback version, but the e-books are available in this site. 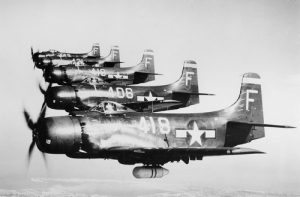 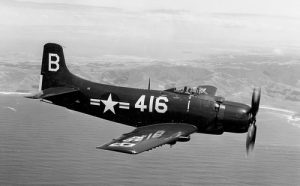 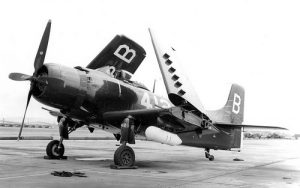 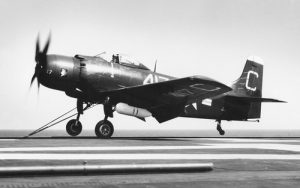 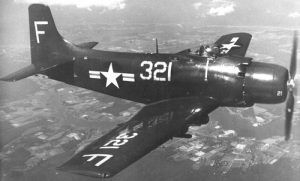 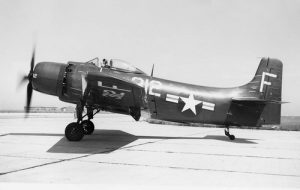 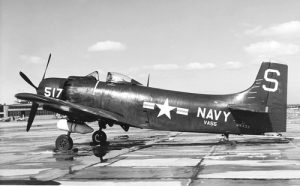 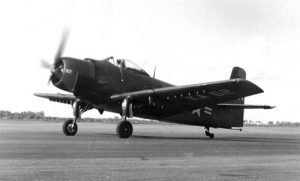 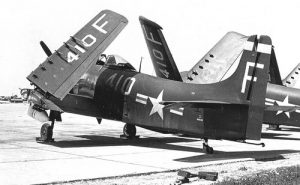 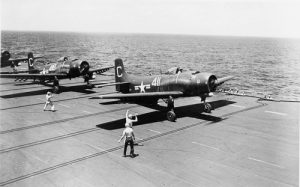 Photo Skyraider AD-1 – 10: AD-1 Skyraiders of VA-6B being spotted for launch by a plane director on board the carrier Coral Sea (CVB 43). VA-6B became VA-65 on 27 July 1948. With continious teething problem, the AD-1 was soon relagated to a traning role and not embarked anymore. 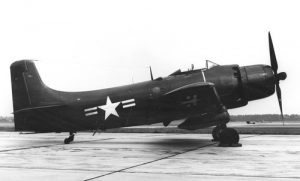 Photo Skyraider AD-1 – 11: Side view of Douglas AD-1Q BuNo 09354 before its delivery to the USN. It is still wearing the former BuNo markings on the tail. It was accepted on 16.06.47 and was retired in January 1957 only and stricken the same month. 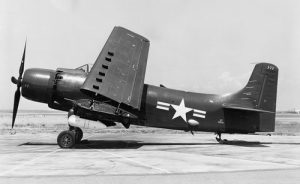 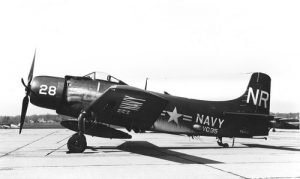 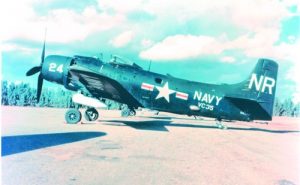 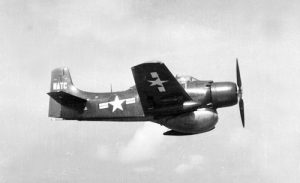 Photo Skyraider AD-1 – 15: The sole XAD-1W (BuNo 09107) taken in flight around NAS Patuxent River while carrying out tests at the NATC.