The Grumman FF, even if it is not particularly well known, is important in that it was the start a long dynasty of carrier-based fighters for the USN which included the famous WW2 Hellcat, the Panther and Cougar of the Korean War and the F-14 Tomcat of the Cold War era. It was also the first USN fighter to use a retractable landing gear.The full history of this two-seat fighter, of which less than 30 examples were produced, is narrated in 40 pages. Its career as a fighter was short with only one front line USN unit operating it for just three years. However it had a longer career as a fighter trainer and was not withdrawn from use until 1942. Each aircraft history is fully documented and the publication is illustrated by over 30 photographs and 9 colour profiles. This is a good reference for historians and modellers alike. 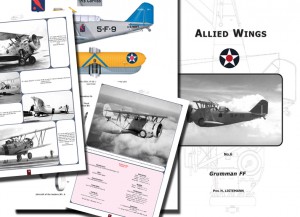