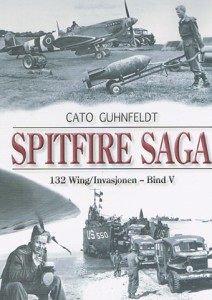 Even written in Norwegian with English summaries, this book of almost 380 pages (hardback) deserves largely to be mentioned. This saga started in 2009 and details the operations of the two RAF Norwegian fighter squadrons formed during WW2, Nos. 331 & 332 Squadrons. The 331 would become one of the best Spitfire Mk.IX units of the RAF, a unit which also was among the very first ones to introduce this mark in operation in 1942. This fifth volume, released at the end of 2014 covers the activities of those two units during the Invasion of the summer 1944. This A4 format books contains over 550 photographs, but the five volumes have the same number of pages more or less and are very well documented, with first hand material, on aircraft and the pilots alike.