In the years following the end of WW1, the RAF produced a variety of specifications for long-range reconnaissance flying boats. During the thirties, some types were put into service, the Blackburn Iris, the Blackburn Perth and the Short Rangoon which never gave full satisfaction until the Short Singapore came up. The Short Singapore was built in significant numbers and was still in service when WW2 broke out. The Singapore remained in service until the end of 1941 with the RAF and the last ones were passed on to the RNZAF which used them up to the spring of 1943. This book covers the operational usage of these four biplane flying boats illustrated with 50 photos and 12 colour profiles. 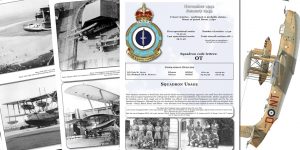