The North American P-51 is among the most famous fighters of WW2, and the P-51D probably the model the best known. In April 1944, the Australian Government selected the North American P-51 Mustang as the fighter type to be built in Australia to replace the Curtiss Kittyhawk to be built by the Commonwealth Aircraft Corporation (CAC). If the first Australian-built Mustang flew in April 1945 and the first deliveries began in June it had become evident the number of airframes produced during 1945 would not be adequate to replace all of the Kittyhawks. It was therefore decided to import batches of P-51Ds and P-51Ks from the US and the first squadrons were converted during the summer 1945 but did not become operational before VJ-Day.
The Mustang became the main fighter-bomber type of the RAAF in the post-war period and if the Mustang missed the end of WW2, it would participate to the first stages of the Korean War with 77 Squadron in 1950. This book relates the full RAAF usage of the Mustang which lasted in 1960. Illustrated with 50 photos and 7 colour profiles. 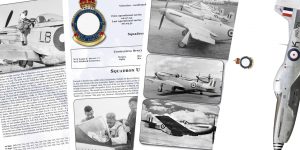