The Bristol Brigand was developed at the end of WW2 as a replacement for the Bristol Beaufighter. Initially developed as a torpedo-fighter, the design was modified after the war in the aim to use the Brigand as a light bomber. The Brigand was later deployed overseas and served in the Middle East and the Far East, participating to the Malayan Emergency in the early fifties with Nos. 45 and 84 Squadrons, while in UK it was used in its training versions. This book is illustrated with 40 photos and 5 colour profiles. The Bristol Buckingham and Buckmaster are also covered in this book. 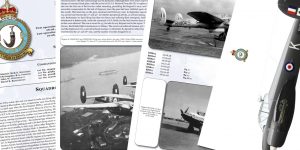 The other digital formats will be available soon