The Douglas Boston or Havoc is one major aircraft of WW2. Designed as a light bomber, it proved to be very versatile and was used with success in various roles over all theatres of operations. In the RAF it served as a night fighter for defensive role (see SQUADRONS! 24), but in the same time the RAF found the type perfectly suited for offensive operations by night to harrass the Germans airfields when the Fighter Command went to the offensive in the spring of 1941. This book tells how the Boston/Havoc was used between 1941 and 1943 in the intruder role from the UK by three squadrons, Nos. 23, 418 RCAF and 605. 52 pages, over 40 photos, 6 colour profiles. 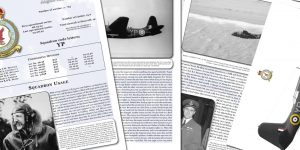