In March 1941 the Lend-Lease agreement was approved by Congress and this breathed new life into the Commonwealth war effort. The RAF was able to study new types and the Martin Marauder was chosen to serve in the Middle East. After a first batch of Marauder Mk Is (see SQUADRONS! 13), a batch of Marauder Mk IIs (B-26C) followed. If the Marauder Mk I was used for anti-shipping ops, the Marauder Mk II would be mainly used as a conventional medium bomber in 1944. Two South African squadrons, 12 and 24, became the major Marauder Mk II operators generating a close link between the SAAF and the type but also with Belgium as some Belgian aircrew served with 12 and 24 Squadrons SAAF in 1944. The operational usage of the Marauder Mk II is here fully described in about 30 pages. Six colour profiles are also included. 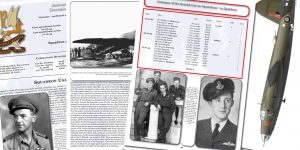