This photo album is extracted from the publication Allied Wings 18 – The Supermarine Spitfire F.24. (click the link) 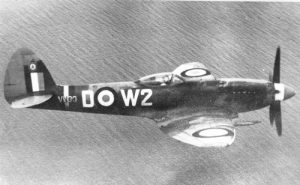 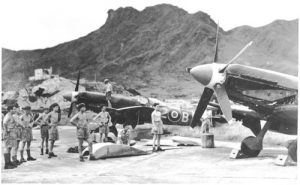 Photo Spitfire 24 – 02: No. 80 Squadrons’s Spitfire F. 24s at Kai Tak airfield with the mountainous terrain around the colony. This photo was taken in November 1949. W2-B is still using the pre-1947 roundels. 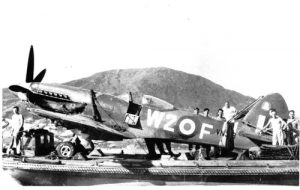 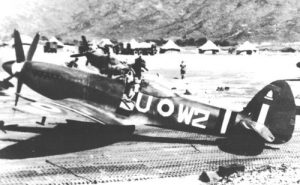 Photo Spitfire 24 – 04: An unidentified Spitfire F. 24 seen at Set kong. Only the two letters of the serial (PK) are visible, the rest being overpainted by what it is sometime called, the ‘Korean bands’. 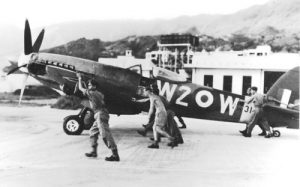 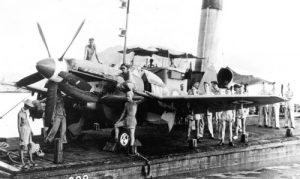 Photo Spitfire 24 – 06: Upon arrival in Hong Kong harbour, No. 80 Sqn Spitfires F.24s were craned from the carrier HMS Ocean on to a lighter transfer ahsore. 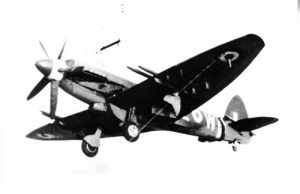 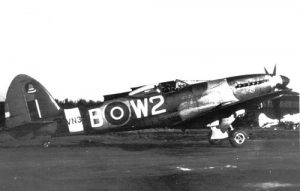 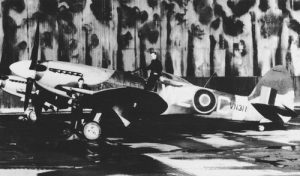 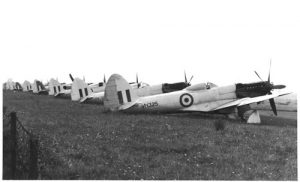 Photo Spitfire 24 – 10: View of a line-up of Spitfire F. 24s at Cosford waiting for their final fate – be scrapped! 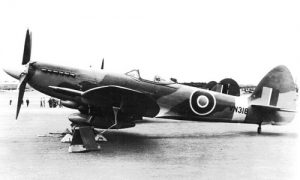 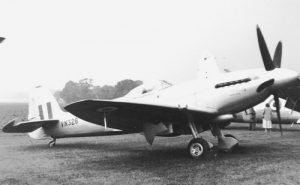 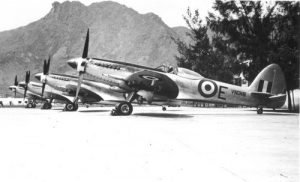 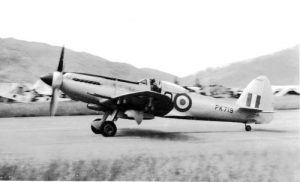 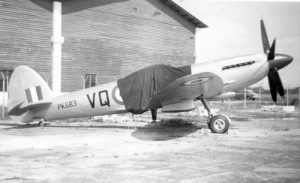 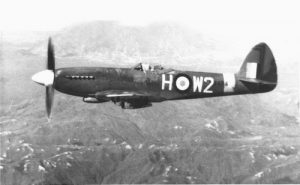 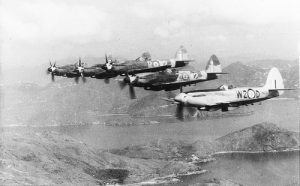 Photo Spitfire 24 – 17: Photo of poor quality but seeing some Spitfire F. 24s flying in formation is rare. This photo highlights the various markings the F.24s had worn while in service in Hong Kong, with a mixture of roundels – pre and post 1947 -, lack of camouflage for an handful of aircraft and even the squadron’s codes are not painted in the same order! . Note the spinner, either painted partially in red (for W2-D in the front), either in blue for all the other four. Silver finish seems to have appeared by the end of its service life in the Far East. 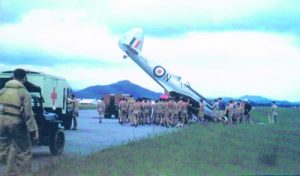 Photo Spitfire 24 – 18: Spitfire F. 24 VN492/N of the HKAAF seen on 03.10.53 after it swung while landing at Sek Kong and went off the runway. The port wheel struck a drainage ditch, the starboard undercarriage was damaged and the aircraft tipped up on its nose. The pilot, P/O Rufus Heard escaped injuries. 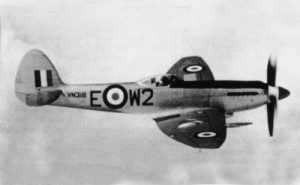