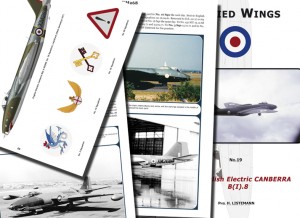 The EE Canberra is probably one of the most iconic British aircraft of the first Cold War years. It was declined in various marks, and this book is devoted to the intruder version, the B.8 which was used by the RAFG in West Germany between the end of 1950s to the early 1970s. This is mainly a pictorial study of this mark in over 110 photographs, many in colour, and seven colour profiles. The full RAF register is included and a photo or more of each aircraft is published as far as possible, describing in the same time the evolution of the camouflage and markings. A short chapter on the exports is also included.